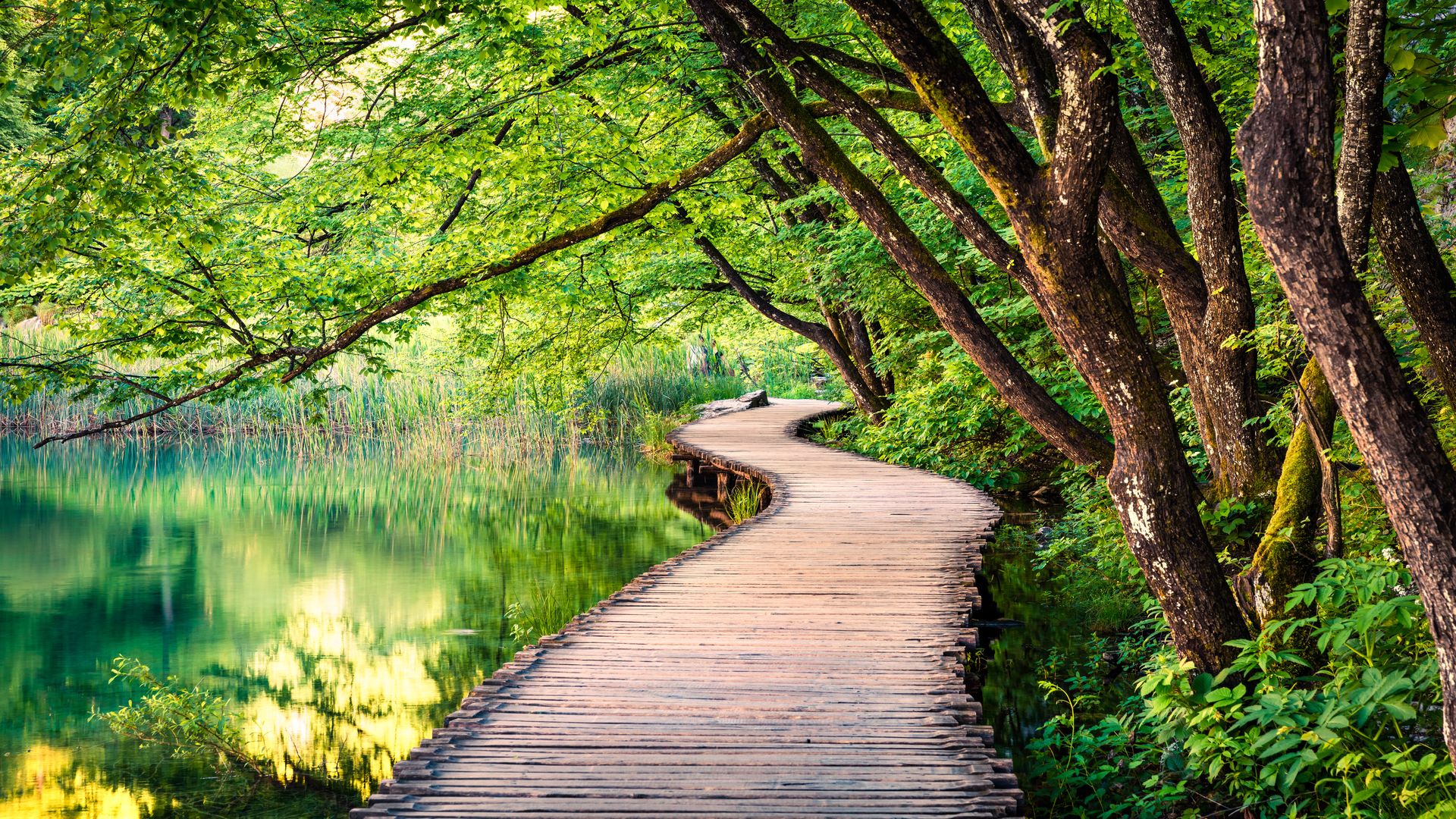 The theory of reticulation or cross-link

During the ageing process, some macromolecules will progressively link (cross-link) to other macromolecules, causing their reciprocal metabolic inactivation (collagen fibers). Linked fibers can thus be hardly deteriorated and compose aggregates some people consider to be toxic and which might be responsible of ageing.

The theory of catastrophic errors

Ageing may be due to the accumulation of “catastrophic errors” occurring randomly during genetic transcription phenomena, which is contained within the DNA (deoxyribonucleic acid) and must be transcribed as mRNAs (messenger ribonucleic acid) in order to be read by ribosomes (cell protein production units). If any error occurs during this transcription, the synthetized protein (structural protein or enzyme) will prove inefficient, leading to an accumulation in an abnormal protein cell or enzyme. These end up blocking cell metabolism and lead to cell death. These errors seem to damage genetic potential (mutation) and protein synthesis. The cascading consequences are harmful for the body, leading to a global body malfunction.

The theory of somatic mutations

Any cell inside the body can undergo spontaneous or induced mutations (environment) which seem to alter the function of the cell before spreading to the cell and finally the whole body. These mutations appear in a completely random way in the genome. As time goes by, mutations proliferate.

The theory of free radicals

Free radicals come from the normal metabolism of the cell. They are extremely reactive cells which oxidize nearby molecules to produce inactive polymers. They can contribute to ageing on several levels. They can link to macromolecules of the connective tissue and block the diffusion of nutritive substances towards peripheral cells and thus diminish tissue health when growing old. Their link to the DNA is responsible of some genetic mutations causing deteriorations among metabolic pathways and even cancers. Free radicals attack lipids located in cell membranes, provoking for instance a reduction of membrane permeability. Finally, free radicals cause cell accumulation of lipoprotein residues called “ageing pigments” or lipofuscin. This still trending theory is not the only explanation for the ageing process. All authors agree nowadays that free radicals intervene throughout the body. They do not initiate ageing but they contribute to it and make it worse.

Theories and physiology of human ageing

To this day, no published theories are able to explain unequivocally all the phenomena occurring in the ageing process. There are roughly 400 published theories on the topic of ageing. In reality, they only deal with the specialty of physicians, biologists or researchers and their work.
Some theories are more representative of senescence such as free radicals or the neuroendocrine theory, but in reality, they are all complementary on different levels. Ageing is generally considered as the universal property of all beings. That is why we can witness many physiological declines happening after sexual maturation, yet this phenomenon is not universal. There are some animals whose ageing is exceptional or has not been proven. Some fishes and amphibians can have an undetermined longevity (COMFORT, 1979). Some jellyfishes like Turrilopsos nutricula are considered immortals. Universal ageing is not proven. These animals will die of diseases, predation or accidents but it does not reflect any sign of true ageing.

Several authors believe that transformations affecting the immune system could be responsible for the onset of chronic diseases and could play also a role in aging. The decline of the immune response is accompanied by a reduction in the capacity to respond to antigenic attacks.

Indeed, with its decrease, the immune system no longer seems to be able to effectively discriminate the self from the stranger. The immune system will therefore gradually confuse its own proteins with foreign proteins (BURCH and WALFORD, 1969). Major histocompatibility complex antigens (HLA group) represent potential markers of longevity while being associated with greater resistance to infection. The appearance of cancers or autoimmune diseases would only be the consequence of certain modifications in the “thymic clock”, resulting from a genetically determined program and which should lead to an immune deficiency.

The phases of development and maturation of our body are controlled in part by endocrine tissues. It is therefore plausible that aging may be associated with endocrine system decline. Most neuroendocrine functions decline with age (thyroid hormones, adrenocortical, testicular, ovarian, growth hormone). These depend on the hypothalamic-pituitary axis (EVERITT, 1973).

The collapse of the control of hormonal regulators would have direct effects on aging. For some of them, the control center would be located in the hypothalamus or in the epiphysis or even in the thymus. For the others, longevity is regulated by a biological clock that acts on the endocrine glands and causes the immune and circulatory systems to fail.

Thus, hypothalamic dysregulation could be caused by a loss of neurons, by a reduction in the sensitivity of hypothalamus receptors to feedback, or by a quantitative or qualitative insufficiency of neurotransmitters. This deregulation would then lead to the onset of anarchy in the effector systems, resulting in the occurrence of conditions associated with aging. The variation in the metabolism of catecholaminergic neurotransmitters (FINCH, 1976, and SAMORAJSKI, 1977) in certain regions of the brain could be the first cause leading then to the cascade of events that we have just described.

Aging would be contained in the genetic program of each cell and would therefore be part of a coherent whole leading any individual from birth to death. Among the arguments in this direction is the remarkable constancy and specificity of the lifespan of species. For example, the maximum longevity of Drosophila is about one month, for mice 3 years, and for humans about 120 years. The work of HAYFLICK and MOREHEAD goes in this direction. They showed that the lifespan of human diploid fibroblasts was limited to a certain number of generations (about 50). Hayflick hypothesized that this proliferation limit was due to the activation of an intracellular aging mechanism.

A large difference was also noted between the dividing capacities of cells from donors of the same age. Some factors controlling aging are apparent at the population level, as demonstrated by statistics from longitudinal studies of cohorts of monozygotic and heterozygotic twins and the incidence of diseases associated with aging.

In humans, the average difference in longevity between fraternal twins is twice bigger than identical twins. The ancestors of centenarians have significantly longer longevities.

Changes in some unique genes can lead to accelerated aging as in progeria, WERNER syndrome or DOWN syndrome. Progeria is a rare disease causing accelerated aging of the individual. The signs appear from the first years of life and are characterized by an “old” appearance. Death occurs, usually before the age of 15, from cardiovascular disease. It is a hereditary disease with sporadic autosomal dominant transmission. WERNER syndrome (or adult progeria) appears in adolescence as accelerated aging leading to death, around the age of 40, from cardiovascular diseases. It is an autosomal recessive hereditary disease. DOWN syndrome usually results from trisomy 21 and is characterized by premature aging. Life expectancy is generally 35 years.

It is possible to identify similar changes, at the molecular level, in the control of aging processes inside the cells or the organism. Functional changes to the cell could include repression or derepression of portions of the genome at different times.

During morphogenesis, the genes controlling the synthesis of compounds for specific biochemical reactions are expressed at specific times in development, taking over from certain genes that have become redundant. The programming of aging at the genome level could also be due to the repression or derepression of genes that would attenuate the activity of certain cell strains and create new senescent metabolic pathways.

Several observations support the hypothesis of the existence of specific aging genes in the organism that become operational with age. The existence of pleiotropic genes has also been suggested (WILIAMS, 1957) whose function changes with age, which could explain the sequential effect of these genes throughout life. The codon restriction theory of development and aging (STREHLER and BARROW, 1970) is based on the fact that different genetic messages are subjected, throughout development, to a series of repressions-derepressions, in order to put into circulation the proteins required at specific times in development.

A permanent repression of certain genetic codes could lead to the loss of a metabolite which would be essential for the efficient functioning of the cell after the end of development and differentiation. This restriction of access to the codon, resulting in the substitution of certain functional cellular elements and the loss of essential protein constituents would cause the death of certain cells.

Other genetic theories of aging include the phenomenon of gene redundancy (MEDVEDEV, 1966). The progressive loss of redundant information in the genome ultimately leads to the loss of unique DNA sequences, containing information essential to the proper functioning of the organism, which can precipitate the aging phenomenon.

For other authors (HART and SETLOW, 1974), aging is a phenomenon distinct from other biological events. It is therefore determined by a series of specific genes. According to these authors, all mammals are made up of qualitatively equal biological entities, and the differences observed between their maximum potential longevity are due to the mechanisms by which these parts are kept in order, protected and repaired.

The protection and repair processes would represent the functions of genes determining longevity, and their degree of expression would be regulated by a limited number of genes. These processes would include detoxification reactions, DNA repair enzymes, endogenous antioxidants, and other specific reactions. A direct correlation has been shown between certain types of DNA repair processes and the longevity of species: the more efficient is their ability to repair DNA, the longer life these species get. There are repeated DNA nucleotide sequences at the ends of linear chromosomes (telomeres).

With each cell division occurs a loss of these sequences, so that with each cell division the length of the telomere decreases until the division stops. This recent discovery is even more important since enzymes (telomerases) capable of adding new telomeric sequences to the ends of the chromosomes, thus preventing their shortening to the critical point of loss, have been demonstrated in immortal cells the ability to divide.

The progressive expression of endogenous viruses, the loss of hormonal receptors, the decrease of the cell proliferation rate, the increase of the incidence of cancers and autoimmune diseases, the morphological alterations of certain cells, the appearance of proteins foreign and membrane modifications, could all be associated with a progressive dedifferentiation of the genome. Finally, proponents of the programmed aging theory believe that our genome contains within itself our own end in the form of a determined sequence leading to the death of the organism.

Cell apoptosis or programmed cell death is a phenomenon that deserves to be mentioned. First described by KERR in 1972, apoptosis is a special form of cell suicide programmed into the genome of all cells and triggered by a wide variety of stimuli (free radicals, etc.).

But unlike cellular necrosis triggered by external attacks (microbial toxins) where the cell disintegrates, apoptosis respects its integrity, requires energy, protein neosynthesis and ends with DNA fragmentation. Cell fragments remain enveloped by the cell membrane and are then rapidly phagocytosed by cells of the immune system (macrophages).

We use cookies on our website to provide you with the most relevant experience by remembering your preferences and repeat visits. By clicking on "Accept", you consent to the use of all cookies.
SettingsACCEPT
Manage consent

This website uses cookies to enhance your experience when browsing the site. Of these, cookies that are categorised as necessary are stored on your browser because they are essential for the basic functionality of the website to work. We also use third party cookies that help us analyse and understand how you use this website. These cookies will only be stored in your browser with your consent. You also have the option to decline these cookies. But disabling some of these cookies may affect your browsing experience.
SAVE & ACCEPT
Powered by